Stop clicking on my head ! it hurts !

Arrfab's blog Some tips and tricks, mostly around CentOS

During winter break/holidays, I offered myself a new Bass and I mentioned this to one of my friends, who also offered himself a new guitar. As pandemic is still ongoing, he decided to just quickly record himself (video shot) and posted me the link and asked me to do the same.

Then became the simple problem to solve : while I have two nice Fender Amplifiers (Mustang LT and Rumble LT) that are recognized natively by linux kernel on CentOS Stream 8 as valid input sources, I wanted to also combine that with a backing track (something playing on my computer, basically a youtube stream) and record that easily with the simple Cheese video recording app present by default in gnome.

I had so a look at PulseAudio and see if that was easily possible to combine the monitor device (basically the sound coming from your pc/speaker when you play something) with my amplifier as different input, and so then record in one shot that as a new stream/input that Cheese would transparently use (Cheese lets you specific a webcam but nothing wrt sound/microphone/input device)

Here is the solution :

For example, when my Guitar amplifier is usb connected , it's shown like this :

Now that we have the full name, we can use a simple bash wrapper script to either create a new input , based on bass/guitar amp preference, and this is the script :

Now that we have a script, I can just call it like that, example for my Guitar amp :

And it then appears as new input that I can select as default under gnome : 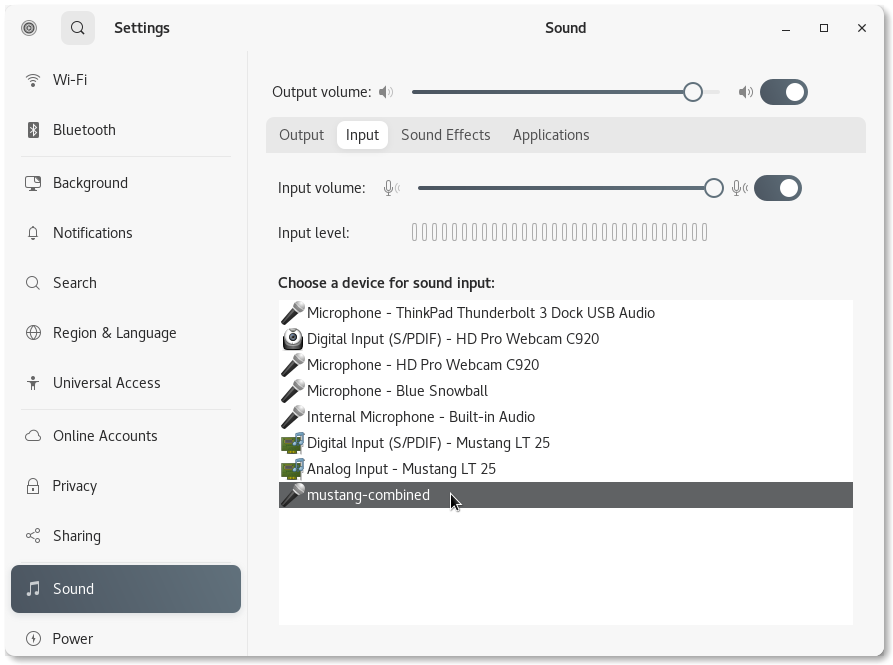 I also have rebuilt/installed pavucontrol application, which can be handy to visualize all the streams and you can also control the volume in the recording tab : 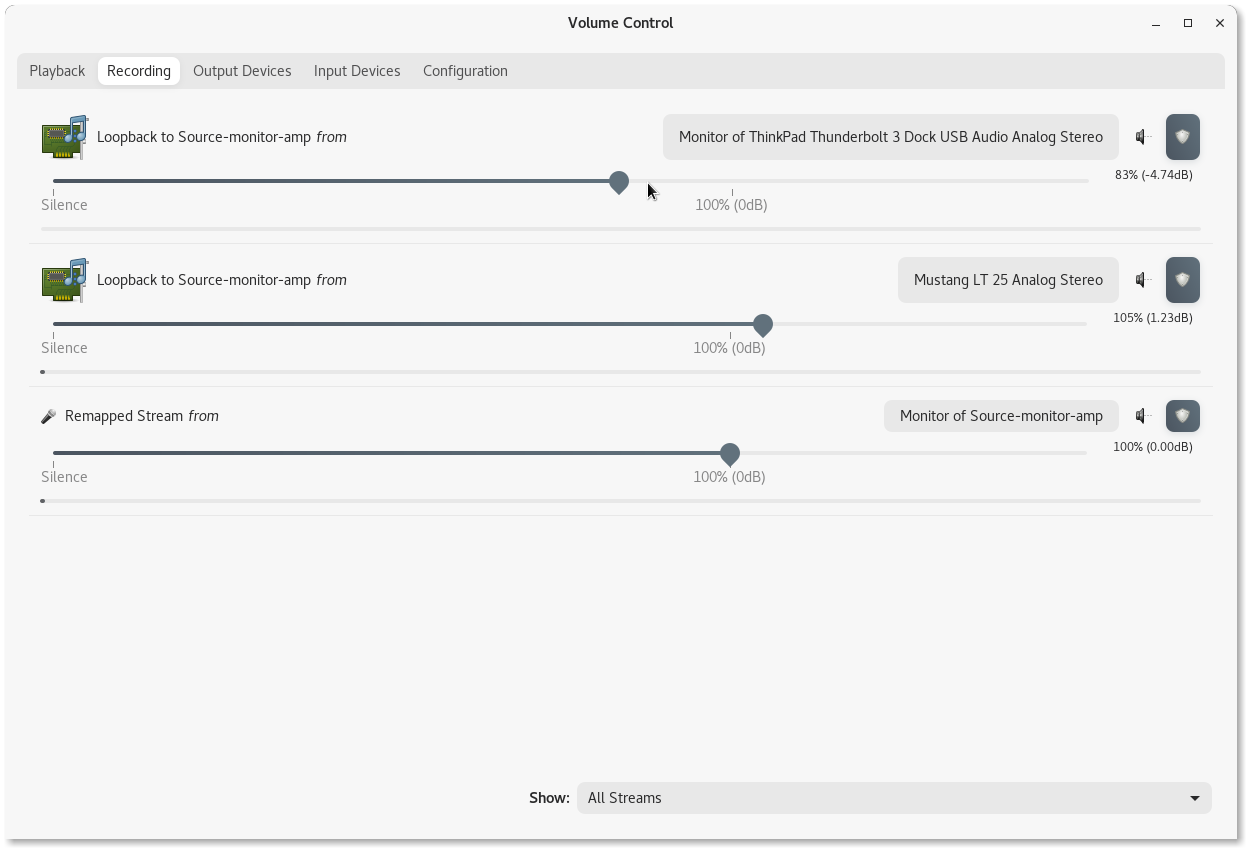 Once done, you can use any app like audacity or cheese or else to just record. Probably easier and faster than complex (but more professional though) systems around Jack. As said, it's just to quickly record something and combine streams/sinks all together, nothing like a DAW system :-)